He has more than 20 years of experience in the financial market, leading legal and compliance teams of international financial conglomerates with a presence in Chile.

He has been counsel in mergers and acquisitions, both local and international, and in the design of diverse financial, insurance, investment vehicle and finance structure products. He has led strategy in crises and highly complex disputes associated with the discussion of, and litigation related to, the acquisition and subsequent merger of AFP Cuprum by Principal Institutional of Chile; and he has headed regulatory compliance programs in Chile and abroad concerning the FCPA, SOX, anti-boycott laws, OFAC, Dodd-Frank, FATCA, UK Bribery Acts and CRS.

He was a director of AFP Cuprum S.A. and of several insurance companies and general fund managers.

Education
He earned his degree from the Pontifical Catholic University of Chile and undertook complementary education in financial law, corporate governance and taxation in the United States and in Chile.

May 2015 – present. He led the strategy for discussion and disputes related to the merger and acquisition of AFP Cuprum.

September 2012 – March 2015. He led the design of the legal and tax strategy for taking over control of AFP Cuprum, including negotiation of the stock purchase agreement with the representatives of the Penta Group, securing authorization of the transaction by the Pension Commission, launching the Public Stock Purchase Offer (OPA), and creating synergies after the OPA.

December 2011 – July 2012. He conceived the legal and tax strategy followed by the insurance industry to overcome the uncertainties created by Law 20,552 regarding the taxation of life insurance policies authorized to be voluntary retirement savings plans.

October 2011 – August 2012. He actively participated in the design of the legal and tax strategy followed by the insurance industry to resolve the dispute with the Internal Revenue Service regarding the tax treatment of changes in the mortality tables applicable to the establishment of technical reserves associated with the sale of retirement annuities.

August – December 2011. He was head of the design of the legal and tax strategy for the transfer of control of Principal Créditos Hipotecarios S.A. to the Cruz del Sur Group, including negotiation of the stock purchase agreement and other legal documentation associated with this type of transaction.

March – April 2003. He was involved in the design of the legal strategy for acquisition of a minority share by the Tanner Group in what was at that time Principal–Tanner Administradora General de Fondos S.A., including the negotiation of the stock purchase agreement and other legal documentation related to a transaction of this type.

August 2002 – May 2019. He started as Chief Legal Officer of the Principal Financial Group and was then promoted to Corporate Legal Manager and Chief Compliance Officer. He was a director in several of the companies comprising that group, including AFP Cuprum S.A. He handled the definition and direction of the legal and compliance strategy of the business group in Chile that included, among other companies, Principal Compañía de Seguros de Vida Chile S.A., AFP Cuprum S.A., Principal Administradora General de Fondos S.A., Principal Asset Management Chile S.A., Principal International de Chile S.A. and Principal Servicios Corporativos Limitada.

1998-2002. Cristián was outside counsel to CAN Chile, Compañía de Seguros de Vida S.A., where he provided legal counsel to the Board, managers and different departments in connection with insurance, investment, corporate, labor and tax matters.

1995-1997. Associate attorney at Grasty Quitana & Cía., where he was counsel to diverse companies regarding corporate, insurance, financial and foreign investment matters. 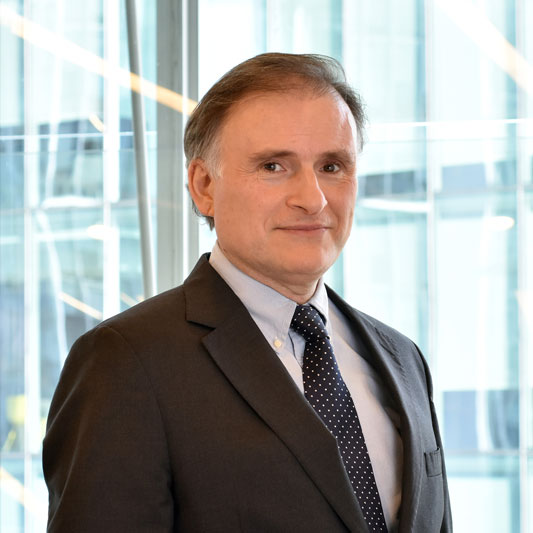